MulPhys is a model development environment for complex multi-physics simulations. It is based on a multi-domain and multi-model approach, which enables different physical models to co-exist in different geometrical domains and interact with each other.

The idea behind this project is to provide an object-oriented environment for multi-physics modeling. The focus of the system is on the simulation of complex discrete and continuum dynamics. The modeling framework is based on the efficient library routines for manipulating geometrical primitives, which include particles, nodes, edges, faces, and cells. There are two basic features that are inherent in all primitives: dynamic creation/destruction and dynamic connectivity. The former allows for modeling of complex events when the number of elements is constantly changing, like particle dynamics, structure failures, mechanical interactions etc. Dynamic connectivity enables modeling of complex mechanical and fluid-dynamical events with interactions between different physical entities, like particle-fluid, fluid-structure, solid-solid interactions. While broadening the scope of possible mechanical events that the system is capable of simulating these features can also be used on parallel computer platforms for dynamic load balancing. 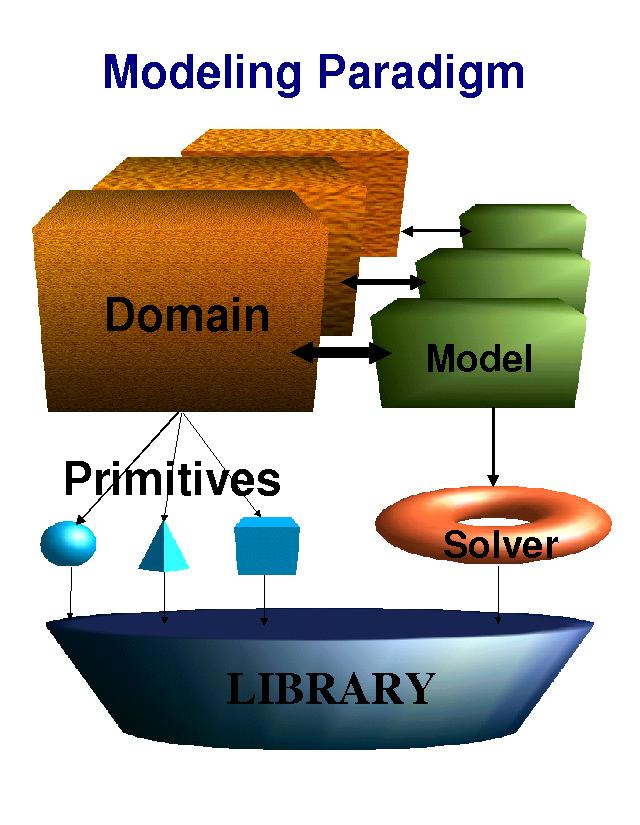